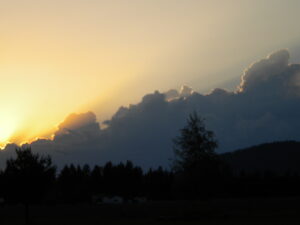 Q: “Do you believe in UFOs and aliens from outer space?”

A: I believe there are unidentified flying objects that the regular public knows nothing about, but according to the information I have read, governments of the world know exactly what these flying objects are but they are keeping us in the dark.  It is important to remind Christians that the unusual, frightening signs of the last days will take place in the sky. Jesus told us the delusion would be so great that if it was possible even the elect would be deceived (Matthew 24:24; 2 Thessalonians 2:8-9).

That is why if I look up, it is not for unexplainable signs that will scare me and put me in a dither of despair, but I look up for the real Jesus to come as He said He would which is my blessed hope.

I keep in mind that what I see in this apostate time is optics and therefore I do not believe much of what I see, if anything. There are holograms that make something appear real when in fact it is a mirage. I have heard about a plan to deceive Christians about Jesus coming in the clouds, but again it will be a hologram. They have developed techniques where they can make something disappear before your eyes and yet it is still present but you can’t see it. It is based on the concept of the green screen that is behind the weather reporter on TV, but what you see on the screen is a matter of optics which tricks the eye, conditions the mind, and sets up the way it will be interpretated.

Do I believe there are aliens from outer space? Again, all I can say is what I read, and most of it seems science fiction to me, but it is plausible we are seeing entities that can’t be easily explained, and if so, I would surmise that there are beings that operate between two dimensions: that of the physical (material) world and the spiritual unseen world. We know demons are always looking for a body and apparently a body has been provided to them through dark eugenic experiments called hybrids. I understand that the elites (Cabal) have clones, doppelgangers, and actors wearing masks to imitate them. In fact, we were watching a mystery movie where the young woman told the young man who was going to attend a secret society meeting, that they need to establish a password between them so when she saw him, she would make sure he was not a clone or a doppelganger.

These doubles are the elites’ version of eternal life. Much of it is transhuman (combination of technology and human) or artificial intelligence wrapped up in a physical body. I even saw one of these “AI” “people” admit they are like the person in every way except they don’t have a soul. In fact, their plan is by 2030 everyone will be transhuman. A bit chilling! No wonder Jesus stated that if He didn’t come back there would be no flesh saved alive (Matthew 24:22).

Since a body is required for them to operate in the physical world, I am reminded of Matthew 10:28, “And fear not them which kill the body, but are not able to kill the soul: but rather fear him which is able to destroy both soul and body in hell.” They will be destroyed, but meanwhile we live in dark days of great confusion. I have even read about the chain of command in this terrible unground kingdom. Of course, Satan is overseer of this bazaar kingdom if it turns out to be more than a myth or conspiracy, and is what they refer to as the Draconian Invasion (of aliens). This includes the Pleiadeans, Reptilians and the Greys.

God is clear in His Bible that He made earth for man to dwell on and that is why the meek will inherit the earth (Matthew 5:5). True science confirms that earth is the only place in the vast universe that can support complex life such as plants, animals, and humans. Granted, the universe is vast, but the vastness points to the greatness of our Creator and not the possibilities of life on other stars or planets.

The Goal of Gentle Shepherd Ministries is to preach the gospel of the Lord Jesus Christ and to make disciples in compliance with the Great Commission (Matt. 28:19). 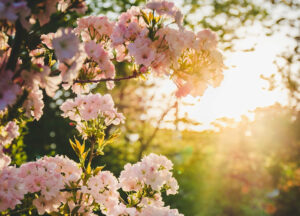 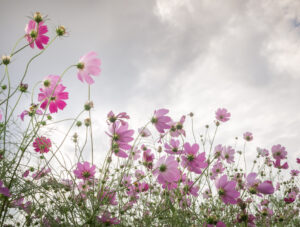 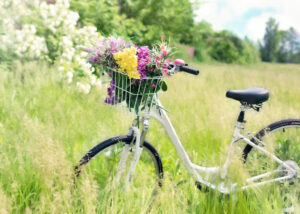 THE HARDEST SEVEN WORDS TO PRAY